Located on the site of the famous scriptorium and prestigious library, the Abbey Museum collection holds everything discovered during the excavation of the surrounding area and in the Saint Columban crypt. Other items came from the Bobbio cathedral. The current arrangement dates back to 1997 when an historical perspective was adopted for six sections that range from the Roman period, through medieval to the Renaissance. 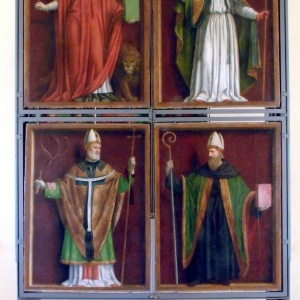 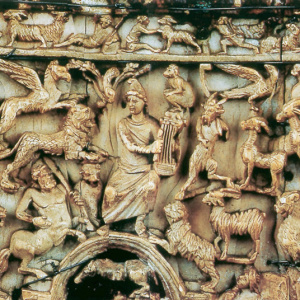 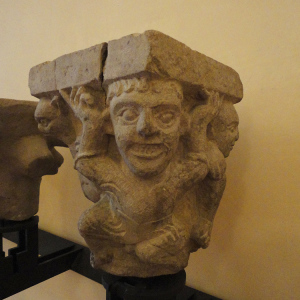 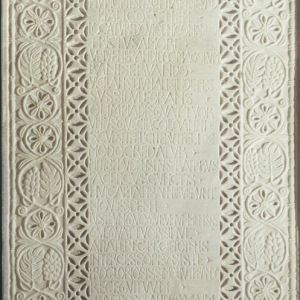 Among the items from the Roman period (sepulchres, amphora, and Diana’s altar) are two important pieces, an ivory shrine (third – fourth century) done in an oriental style. It presents Orpheus playing the lyre while surrounded by many animals. The second is an alabaster vase (third –fourth century) that was given to the monastery by Pope Onorius I. The main section of the museum contains collections of stones, capitals, columns and balustrades that belong to the ninth century Saint Columban church. There are some beautiful Lombard-Carolingian stones, originally decorated with floral and geometric patterns in glass. Among the tombs the main gravestone is Cumian’s, given to the abbot Cumian by the Lombard King Liutprand. This is an excellent piece of Lombard art on the front and Carolingian on the back, an example of a medieval reuse.

The museum contains many devotional objects such as the Palestinian ampoule (sixth century) used by pilgrims to bring oil from the Holy Land to the western world, along with other holy objects (sixth through ninth centuries). A whole section of the museum is devoted to reliquaries and furnishings according to the Saint Columban tradition. In the picture gallery, the most important piece is a large 1522 polyptych by Bernardino Luini.

The Abbey Museum is now open only on Saturday and Sunday.

To ensure optimal conditions, all visitors will be required to wear a mask

The Abbey Museum is closed on  November, December, January and February